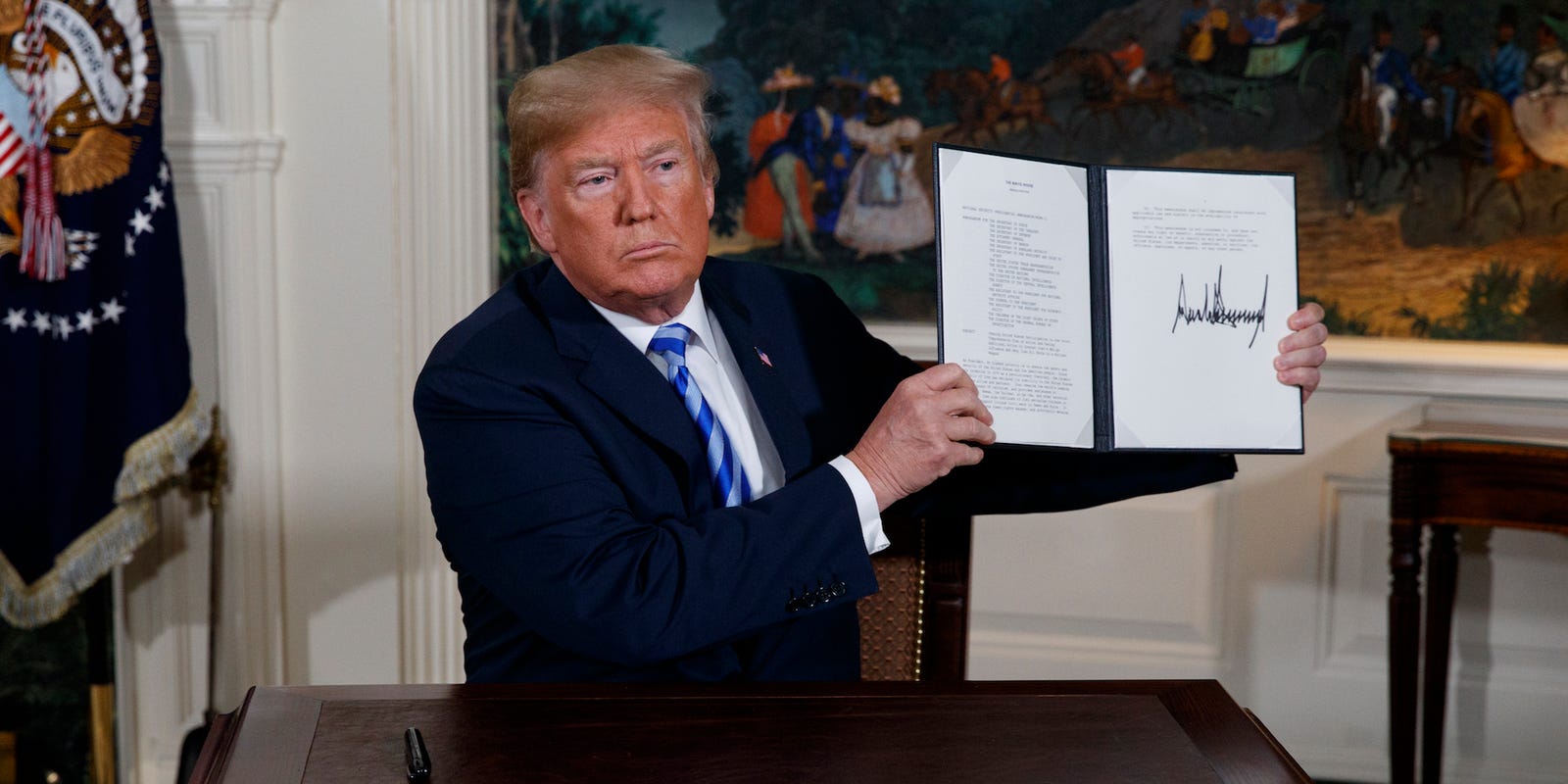 US international responsibility regarding unilateralism and human rights violation:

An emphasis on the Right for Health, Right for Development and Right for Food

In the glossary/literature of human rights, the closest term which describes true meaning of “unilateralism” is “unilateral coercive measures”. It reveals both the negative connotation/aspect of unilateralism and its ruthless and compulsory nature. Maybe it was because of the same reason that since early 1970s, it has repeatedly been stressed in every international documents such as the Declaration on Principles of International Law Concerning Friendly Relations and Cooperation among States; The New International Economic Order (NIEO); and Charter of Economic Rights and Duties of States, that members of the United Nations are banned from carrying out or encouraging any act of force which prevents target states from enforcing their own sovereignty. This notion better demonstrated in Resolution 152 of the United Nations Conference on Trade and Development (UNCTAD) approved in July 2, 1983, was called “Coercive Economic Measures” and gradually, in addition to economic field it was also used in political topics. It was for the same reason that Resolution 197 of the 38th session of the UN General Assembly (1983), has clearly recognized the reality that certain developed countries are restoring to threat or carrying out coercive and restrictive measures more than ever in order to exert political pressure on developing countries. The Resolution also added that coercive measures have negative impacts on the economy of developing countries and disturbs the process of establishing peace and a cordial atmosphere among word states. It also called on developed states to avoid carrying out any restrictive move against developing countries including blockade, embargo or sanction.

The resolution have been presented to the UN General Assembly until 1995 under the title of “Economic easures used as a means for political and economic coercion against developing countries.” Following 1995, it paid more attention to negative impacts of those measures on civil rights of citizens of the target country and was discussed at the UN General Assembly under the title of “Human Rights and Unilateral Coercive Measures.” It is important to know that following this change of approach, another resolution was presented to the UN Human Rights Commission since 1994 which was called “Human Rights and Unilateral Coercive Measures.” It was approved by 23 votes in favor against 18 negative votes. It is clearly mentioned in the Article V of this Resolution that basic goods, foods and medicines in particular, should not be used as means to exert political pressure. In fact, it was since then that negative human rights impacts inflicted on the lives of ordinary people by unilateral sanctions imposed on economies of a target country have been noticed equally with its negative economic impacts.

Although UN Secretary General and its Human Rights High Commissioner have provided many reports on negative impacts of sanctions on citizens’ rights in a target country, a scientific workshop has been held in the Council, and a detailed report to this end was presented by the consultative committee of the Human Rights Council, the turning point of a great development in the field of negative impacts of sanctions in the past four decades can be the appointment of a Special Rapporteur by the Human Rights Council to follow up the issue in a specific way, report any case of human rights violation, and find necessary ways to reduce consequences of unilateral coercive measures. This has eventually happened in 2015 when Mr. Idriss Jazairy, (a senior and veteran diplomat from Algeria) has been appointed as Special Rapporteur on the negative impact of the unilateral coercive measures.

A look over the literature used in all above mentioned resolutions, reports by the Secretary General and reports presented by Special Rapporteur, indicates that unilateral coercive measures (sanctions) regardless of their negative economic impacts, will inflict heavy and, in some cases, even irreparable damage on the health of the citizens of the target country (Right of Health), their healthy nutrition (Right of Food) and their right to have access to necessary medical treatment and medication, desired education, necessary technologies to maintain environment and, in general, their right to live and to development.

A clear example of violating those rights is the impacts of US unilateral sanctions on the Iranian citizens. Here’s a number of documented cases:

The right to development is one of inalienable human rights upon which every human being is entitled to participate in, contribute to and benefit from economic, social, cultural and political development which completely realizes all human rights and basic/fundamental freedoms. The Declaration of the Right to Development and provisions of different bilateral human rights agreements, particularly those related to the International Covenant on Economic, Social and Cultural Rights (ICESCR), have demonstrated the expanded scale of the Right to Development. However, this right is one of the most vulnerable civil rights of a country which is targeted by unjust unilateral sanctions. Denial of all kinds of technologies and of improvement of machineries and equipment, modern science, and many other similar deprivations are among blatant examples of Right to Development which are halted under unilateral sanctions on target country. The worst aspect of such deprivations is that their negative impact will continue even after the end of those sanctions and it may even take a long time for the sanctioned country to return to the normal circle of development.

The Right to Health is known as one of the fundamental human rights. The first paragraph of Article XII of the International Covenant on Economic, Social and Cultural Rights (ICESCR) says Member States of the Covenant “recognize the enjoyment of the highest attainable standard of physical and mental health". It is also stressed in the Article 25 of the Universal Declaration of Human Rights: “Everyone has the right to a standard of living adequate for the health and well-being of himself and of his family, including food, clothing, housing and medical care and necessary social services.”

Unilateral sanctions, particularly those related to banking transactions, are the most important obstacle on the way of accessibility of the vulnerable classes of a society, particularly the patients, elderly or disabled people, to necessary medications and medical equipment. Despite claims made by US authorities that medications have not been included in the sanctions, lack of medicines for Special Patients, particularly patients with thalassemia, cancer, Epidermolysis Bullosa (EB) or butterfly, and Multiple sclerosis (MS), and also lack of imports of spare parts of dialysis machines, heart batteries or valves, and lack of imports of various medical prostheses or many other medications have faced Iranian patients with various problems in the past few months.

Although Article 25 of the Universal Declaration of Human Rights has stressed on the Right for Food equally to the Right for Health, the No. 12 interpretation of the Economic, Social and Cultural Committee (an observatory body for implementation of the related covenant) says that the Right for Food is fully realized when every man, woman and child, individually or together with others in the society, has a full time physical and economical accessibility to enough food or necessary tool to supply and purchase it.

Unilateral sanctions, particularly those which targeted imports of chemical or organic fertilizers, modern agricultural equipment, spare parts, agricultural toxins, equipment of dam turbines, cattle foods or vaccines and many other issues, may jeopardize food security of a country and severely violate civil rights of its citizens. It is crystal clear that any unilateral sanction against citizens of a country will inflict irreparable damage on the most vulnerable and deprived classes of that society in the field of healthy nutrition.

The history of US unilateral sanctions against Iran in different periods of time has shown that although it seems that medicines and foods are not included in those inhuman measures and are not sanctioned as humanitarian items, the implicit or practical threats on banks that provide Iran with banking transactions to import foods and medicines and also preventing Iranian banks of having access to swift (Society for Worldwide Interbank Financial Telecommunication ) system, not only is against the claim of excluding foods and medicines from sanctions, but it also negatively influences Iran’s ability to correct its development system/mechanism. This will also have a domino effect on the two Rights (of Food and Health) and will put in danger the prospects of a healthy life for honorable Iranian citizens.

It is a long time that US has been imposing unilateral coercive sanctions not only on Iran but also on the citizens of Cuba, Venezuela, Russia and many other countries. World public opinion still remember the death of hundreds of thousands of the Iraqi children because of US imposed sanctions. Although it seems that US authorities believe this time too they will be able to achieve their political demands from Iran or any other countries by bullying, threats and imposing unilateral coercive measures, the international awareness regarding negative and anti-human rights impacts of those sanctions is apparently becoming increasingly strengthened and more matured. Maybe now that the Special Rapporteur on unilateral coercive measures has called sanctions a kind of war and announced that citizens of a target country are needed to be covered by the four [Geneva] conventions, and now that the world public opinion can understand concepts/notions such as terrorism and economic war more than ever and Qatar, Syria, Cuba, Venezuela and Russia are being suffering the same pain that Iran does, the time is ripe to condemn and make accountable US for its anti-human and anti-human rights measures. May be now that the ongoing International Conference on Unilateralism and International Laws is being held is the golden time for:

Now is the time to make a serious effort in the field of diplomacy and at the same time improve tools for Iran’s soft authority which highly helps the voice of the country’s protest and its logic be heard at international circles God willing.