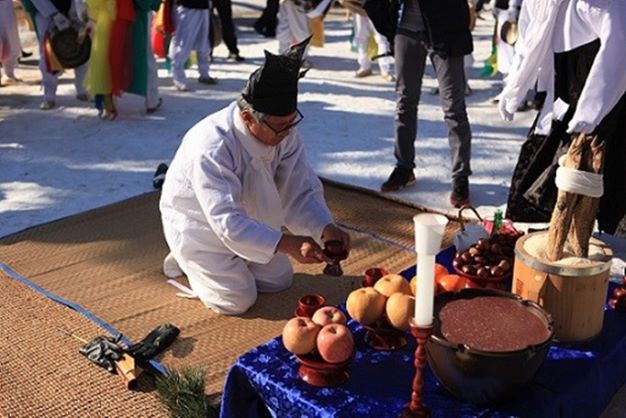 The longest Night of a year, Dongji in Korea

The longest Night of a year, Dongji in Korea


It is the day with the longest night and the shortest day of the year, like Shabe-Yalda in Iran, falling in November on the lunar calendar and around December 22 on the solar calendar.

In Korea, Dongji has been called ‘a small new year’ in the private sector since ancient times, and [Dongguk Sesigi] is recorded as ‘Ase’. Therefore, the resurrection of the sun has a great meaning, so it was treated as a small New Year's Day following the New Year's Day. 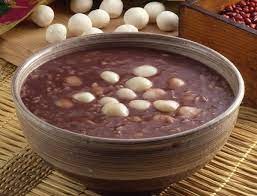 Unfortunately, Dongji in Korea has become smaller in the present than in the past compared to other holidays and traditional events, and today's custom is to regard Sulnal(January 1st) of the lunar calendar as New Year's Day rather than the traditional custom of considering Dongji as a new year. On the other hand, when the night of Shabe Yalda(شب یلدا) comes, family or relatives gather to celebrate the event. On Shabe Yalda, Iranians eat sweets, watermelons, pomegranates, etc., and put Hafez's poems on the table, along with nuts and candles.

Also Iranians celebrate the coming of the new year, open the book of Hafez's poems and read some of the verses to tell fortunes and pray for good things in the new year. 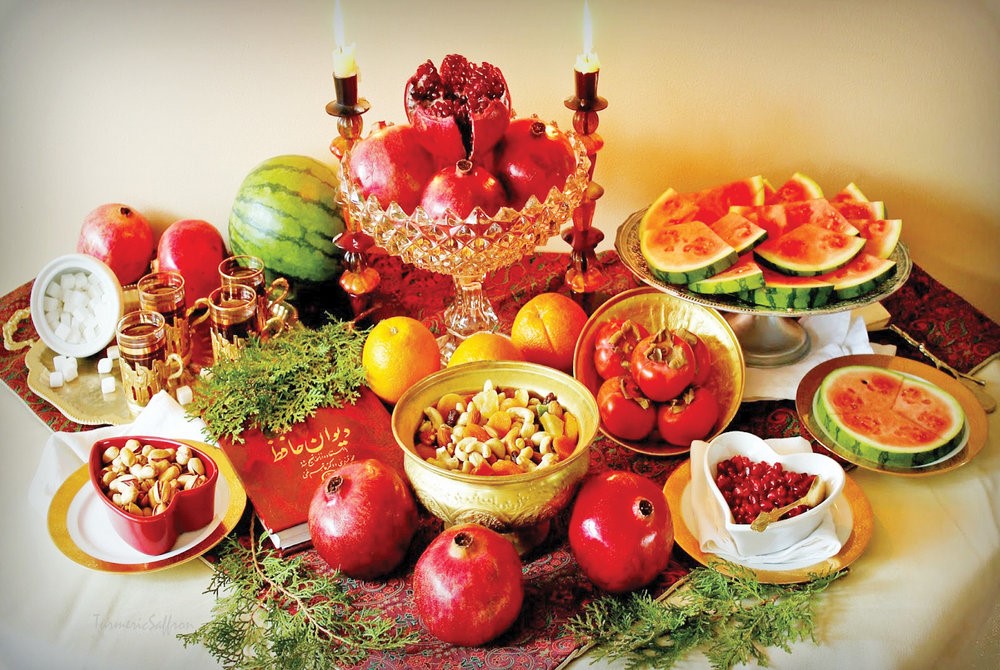 There are several major traditional events in Korea, and since holidays are mainly calculated using the lunar calendar, which is a calendar that calculates dates through the movement of the moon, some events are shared by East Asian cultures such as China as well as Korea.

New Year in Korea falls on January 1 according to the lunar calendar, and falls between the last week of January and the first week of February according to the Western calendar. On New Year's Day, Koreans eat soup made with rice cakes, which is called ‘tteokguk’ and think, "If you eat tteokguk, you will become a year older." Families and relatives all gather to make and eat tteokguk, pancakes, and dumplings made with various ingredients such as seafood, vegetables, and meat. On New Year's Day, children bow to the elderly, such as relatives or grandparents, and pray for their health and good fortune. In addition, adults also give pocket money to children along with wishes for good things in the new year and for a hopeful and healthy year. New Year's Day is one of the longest holidays in Korea, with one extra day off before and after New Year's Day and New Year's Day. In addition, as people in the center of the city drive to the suburbs or outskirts in search of their families, the center of the town becomes quiet, many stores are closed, and traffic jams occur on the way to the outskirts.

Chuseok is on the 15th day of the 8th month of the lunar calendar and is at the end of September according to the Western calendar. It is an event to celebrate. For our ancestors, an agricultural people, Chuseok was the most enjoyable and hearty time of the year. Therefore, it is said that they ate, played, drank and danced on this day. Chuseok is also called ‘Hangawi’ in other words. This is an old word, 'han' means 'many' and 'gawi' means 'middle', so it is located in the middle of autumn and it can be seen that it is the largest and most prosperous holiday. During Chuseok, we eat Songpyeon, a representative food. Songpyeon is a rice cake stuffed with various nuts such as beans, chestnuts, and sesame seeds and steamed. Also, on the morning of Chuseok, they wake up early and perform ancestral rites. To celebrate the virtues of ancestors and to wish for good luck, fresh fruits, grains, and delicious food harvested in the fall are placed on the table and bowed. 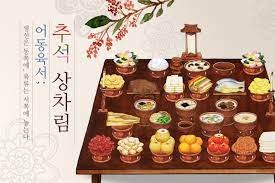