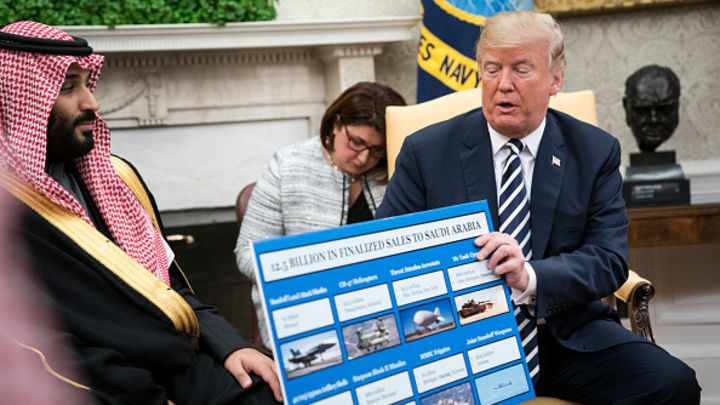 US unilateralism and security in Western Asia

Unilateralism is deeply rooted in the US Foreign Policy. It has even gained more momentum following the collapse of the former Soviet Union. Since then no power has been formed to compete with US and control its behavior. This has eventually paved the way for US increased tendency to unilateralism in its foreign policy. Unilateralism is highly appealing in US Foreign Policy because there is a very pessimistic opinion regarding multilateralism in that country and this is believed to be an indication of collapse or emergence of new powers that are challenging US supremacy.

Additionally, there is a special impression about unilateralism in US Foreign Policy according which unilateralism is not necessarily equal to hegemony but means kind of leadership to create an international order. Therefore, US becomes engaged in international institutionalization and establishing norms only when it demonstrates US supremacy not when it maintains international peace or security or anything which followers of international community are seeking to be led to progress or growth at the international scope/arena. Hence, US uses two methods/approaches of coercion and convincing/justification to carry out its Foreign Policy throughout the world. Forty three percent of world’s military costs belongs to US and its military expenses are more than 14 countries which follow the US in the list of world countries with highest military costs. Accordingly, US has a long history of making military strikes and secret operations to overthrow governments in different countries including Indonesia, Vietnam, Republic of Domenic, Cuba, Central America, Iran, Chile, Nicaragua and Iraq.

Voluntarily cooperation with this country has its own benefits in line with convincing, including receiving military support by NATO for instance; support against internal challenges; economic, military and foreign assistances/aid; finding access to US market; and efforts for participation of Commonwealth States through International Monetary Fund (IMF), Organization for Economic Co-operation and Development (OECD), and World Bank.

Unilateralism has become the prevailing/dominant approach in US Foreign Policy following the coming to power of the Trump Administration and after the end of the world economic crisis in 2008. At an international level, US has not accepted The Kyoto Protocol on Climate Change, The Rome Statute of the International Criminal Court, The Comprehensive Nuclear-Test-Ban Treaty (CTBT), The Program of Action Against Illicit Trade of Small Arms and Light Weapons, The Anti-Ballistic Missile Treaty and The Convention on Biological Diversity (CBD).

Meanwhile, at the regional level, in Western Asia in particular, US unilateral behavior has been felt clearly. The US and its allies’ invasion on Iraq at the beginning of the 21th century without a permission by the UN Security Council was one of the blatant examples of unilateralism in Western Asia. Since 2011 and during the Arab Spring events in Western Asian states, US has been supporting its allied states. Some of examples of those supports included the unchanged nature of Egypt’s military status; efforts to overthrow Gaddafi government; supports for the government of Bahrain to oppress its opponents and also supports for the government of Saudi Arabia during social protests in that country, its long lasting air strikes against impoverished state of Yemen and even regarding its unusual behavior in savage murder of Jamal Khashoggi, the Saudi journalist; and an abortive attempt for a regime change in Syria.

We have also witnessed US certain measures in the field of issues related to regional institutes as well as its tendency to some multilateral subjects in the Western Asia including US efforts to transfer its embassy to the Holy Quds, US unilateral recognition of Golan Heights as parts of the Zionist regime against Resolution 242 of the UN Security Council, and imposing the unusual plan of the “Deal of the Century” to Western Asia. US is pursuing an unusual/unconventional approach regarding international norms even in dealing with an international agreement such as the Joint Comprehensive Plan of Action (JCPOA). It is fanning the fuel for spread of nuclear activities in Western Asia by unilaterally withdrawing from the JCPOA. Iran that according to the reports of the International Atomic Energy Agency (IAEA) had no deviation towards nuclear arms is being threatened by military actions. It can also be said that US has decided to fight against terrorism and Daesh terrorists in the region only when major European and in some cases the American centers targets had been attacked. It is concluded from all that have been said that US is pursuing a unilateral and instrumental behavior in order to serve its own national interest and create its favorite/preferred international order.

In the present circumstances, US will continue this behavior in its foreign policy since there is no other power in the world to compete with it. However, this will cause some problems for its foreign policy as well in some other areas such as: First, US needs multilateralism in many transnational issues including the fight against terrorism, proliferation of weapons of mass destructions and organized crimes. Moreover, the 9/11 terrorist act as well as US position regarding terrorism as written in its National Strategy Document for 2018 have also indicated that the country is vulnerable in dealing with terrorism. Second, topics such as management of world economic and financial issues cannot be covered without a multilateral approach. Economic sanctions and economic terrorism will only pave the way for a situation which is against liberal policies pursued by the West. Third, US’ opponents and weaker countries will not respond to its overreactions in a limited way and unilateralism will further encourage them to resist US because a unilateral power always nourishes simultaneous resistance. This is true about increased terrorism in Western Asia where US unilateralism has caused further tendency towards terrorism. Fourth, US power is not limitless. Therefore, regionalism is one of the major strategies which can, along with [making] coalitions, play a key role in restraining this intoxicated superpower and also play a supportive and protective role for regional states in the present situation. Unfortunately, this has been ignored in the Western Asia while regional states have to take it seriously.