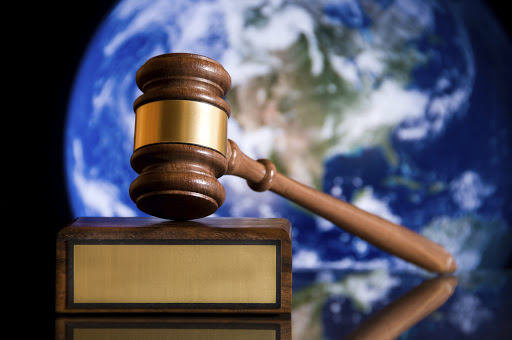 Special immunities and privileges granted to diplomatic and consular agents of foreign states represent rules which have been developed among nations of the world regarding the method of conducting civilized international relations. The purpose of these immunities is to assure the effective and efficient conduct of the formal mission on behalf of their governments.

Diplomatic missions traditionally have been the major communications between sending and receiving states. Therefore, agents of diplomatic missions enjoy the highest level of privileges and immunities in receiving a state. Members of administrative and technical staff enjoy privileges and immunities less than diplomatic agents. Finally, service members of diplomatic missions such as drivers enjoy also fewer privileges and Immunities. The most important instrument in international law governing this issue is the Vienna Convention on diplomatic relations 1961. The definition and the specification of the staff of the diplomatic mission are specified according to the functions they undertake. The definition of these fields it is general. To which categories of this field a person may belong is relatively dependent upon the reciprocal practice of sending and receiving states. In principle, diplomatic agents enjoy the highest level of immunities and privileges. Among others, these persons cannot be arrested or detained. These agents also enjoy full immunity before the courts of receiving state and therefore they cannot be prosecuted whatever the crime may be serious unless the sending state withdraws their immunity.

The members of the administrative and technical diplomatic mission undertake an important activity for the internal affairs of the embassy. So they enjoy privileges and immunities like diplomatic agents.

As the rational of immunities and privileges is to assure the effective diplomatic mission on behalf of the sending state so it is logical that sending state is the main holder of these immunities and whenever it likes can withdraw them. Therefore, not receiving state nor the person enjoys them cannot withdraw these immunities. According to Article 32 of the Vienna convention 1961, the immunity of diplomatic agents may be withdrawn only by sending a state. Under Article 40 if a diplomatic agent is in a third state or wants to transit from that state the third estate shall grant immunities that are necessary for ensuring the transit or returning of that agent.

So whenever the person is regarded as a diplomatic agent both in the receiving state and the third state enjoys immunity. Where it is alleged that the diplomatic agent has committed a crime there are several ways for dealing with this issue. Among others, one may point to the deport of that agent as a persona non-grata or negotiation between involved states for solving the problem. If a state that arrests or detains a diplomatic agent enjoying immunity, that state has violated the Vienna Convention on diplomatic relations. Therefore, the act of Germany and Belgium constitutes a clear violation of their obligations under international law.

In the end, it is appropriate to give some comments about the Mujahedeen-e Khalq Organization (MKO). MKO is located mainly in France and Albania. The group previously has been designated as a terrorist group by the EU and the United States of America. However, later it has been delisted from the list of terrorist groups. Here one may ask when the United States of America and the EU put this group in the list of terrorist organizations did they performed their obligations under international law regarding the counter-terrorism? At least from 2001 to 2012, they could cooperate with the Islamic Republic of Iran in the field of extradition and trial of all its members because Iran was the most important victim of the terrorist acts of the group. Or they could establish a special international tribunal for their trial. Another important question is that what happened about this group which led to the delisting of them from the list? Are they accountable for killing thousands of innocent people? Do the US and EU have to be accountable for the killing of these innocent people. This group has to be regarded as one of the tools used by the EU and the US for their political purposes. They use the group for intervention in the internal and external affairs of the Islamic Republic of Iran.