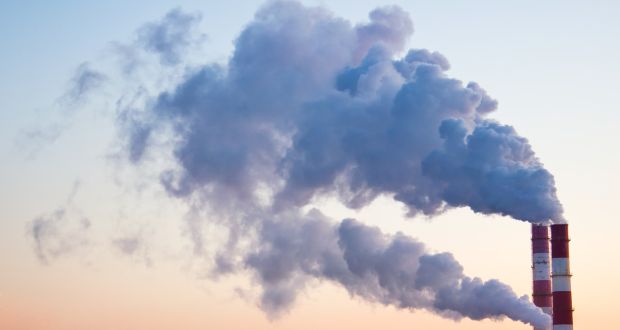 Climate change is presently one of the most important threats against human security and consequently, a serious threat against international peace and security. De-desertification, glaciers melting, lands engulfment, temperature inversion and many other unwanted and unpleasant effects of climate change have, somehow, affected modern human life in a serious way and it is feared that humans are gradually paving the way for their self-destruction. This serious fear about the necessity of paying due attention to climate change and its undesirable affects which had increased due to the growing density of greenhouse gases caused by increasing boom of industries, has caused grave reactions since early 70s and was added to the glossary of international laws since early 90s. Following the approval of the United Nations Framework Convention on Climate Change in 1992, and feeling the necessity for normalization of climate change, serious steps have been taken to this end.

Meanwhile, implementation of basic and general commitments/obligations upon the Climate Change Convention requires cooperation and collaboration of all countries, particularly those who are known as the major causes of environment pollution. The international figures provided by European Union or US research institutes have indicated that since the post-industrial revolution era up to the recent years, US has seriously contributed to the existing pollution. Therefore, forcing the United States to observe international norms, particularly those related to the climate change, can remarkably prevent the process of global warming of the earth. However, US is not respecting its international commitments to this end. This has been mounting in recent years, particularly regarding US positions on the Kyoto Protocol and the Paris (Climate Change) Convention. US claims about its opposition to the Kyoto Protocol and calling it a program which reduces the growth of world’s industrial democracy or US claim that the program will lead in the transfer of the developed states’ wealth or even US emphasis on Kyoto’s inefficiency to prevent unpleasant impacts of climate change as well as the position taken by US on the Paris Convention are all indicative of the climax of US unilateralism and supremacy of its national considerations over major interests of the international community.

Paris Agreement is an executive agreement signed by 195 countries in 2015 during a UN conference on climate change and it will be implemented by 2020.   The major goal of Paris Agreement is to keep the increase in global average temperature to well below 2 °C by gradual reduction of fossil fuels consumption and it tries to limit the increase to 1.5 °C. The agreement is a unifying achievement which will lead to a collective commitment for reducing greenhouse gases distribution and tries to prepare the grounds for a collective cooperation to obtain the objectives of the agreement through national collaboration of all states regardless of capabilities or restrictions of each country. Under the agreement, the developed countries should pay an annual $100bn as of 2020 to developing countries to mitigate the greenhouse gases distribution and adapt themselves to new climate situation.

US signed the Paris Agreement in April 2016 and approved it with an executive order in September 2016. It has accordingly become committed to reduce its greenhouse gases distribution more than 26 percent during the next decade and pay/contribute over three billion dollars to developing countries for their efforts to mitigate greenhouse gases and adapt themselves to the climate change. Meanwhile, Donald Trump, the 45th President of the United States, has announced in earlier June 2017 that his administration will withdraw from the Paris Agreement. He believed that the agreement will deteriorate US economic crisis. Trump claimed that Paris Agreement will destroy three billion dollars of US Gross National Product (GNP) and end over six million jobs but will put US rival countries such as China and India in an upper situation.

Anyway, it is good to notice that the helm of leading US is currently in the hands of an economic trader called Donald Trump whose position for interfering with economic affairs, commercial issues and enacting supportive policies for US national economy has become the benchmark of his international relations. Trump’s position, which is basically/originally based on the necessity of giving priority to US national interests over obligations vested on that country due to its membership in the international community, is the clear evidence of US economic nationalism. Consequences of such economic nationalism are: restricting the current of labor force, capital and goods in order to fulfill US major economic objectives inside the country on one hand and a tendency to establish/set supportive regulations for maintaining US mother industries and relying on US national economy for determining its foreign relations on the other hand. Pursuing an approach like this which is not limited only to Donald Trump but he is the main standard-bearer of that, has caused US to withdraw or threaten to withdraw from many of its previous international agreements, treaties and organizations during the recent years. The Trans-Pacific Partnership (TPP) trade agreement, the Paris Agreement on Climate Change, the North American Free Trade Agreement (NAFTA), the Joint Comprehensive Plan of Action (JCPOA), the Intermediate-Range Nuclear Forces Treaty, the North Atlantic Treaty Organization (NATO), the United Nations Educational, Scientific and Cultural Organization (UNESCO), and the United Nations Human Rights Council are only a few examples of US approach which naturally has faced massive domestic and international oppositions.

US recent stances, particularly those related to environment, have also received serious oppositions. However, China, India, and European Union, which along the US, are four major producers of carbon dioxide in the world, have reiterated their commitments to Parish Agreement on Climate Change. China and modern Europe in a joint news conference announced solidarity with next generations stressing that they are fully aware of their responsibilities regarding/vis-a-vis generations to come. Therefore, although US unilateralism has not been seriously welcomed by its allies at least at the present time, it can potentially affect implementation of US obligations under this convention in the future.

US policy for suspending payment of its debts in form of volunteer contribution/participation can lead to a grave crisis in the field of international cooperation on preventing climate change effects. It seems that lack of fulfilling US financial obligations can pave the way for a financial crisis to achieve objectives of the Paris Agreement despite all supportive positions taken by developing countries to this end. This may also encourage other major members of the Paris Agreement to either reduce their support or completely stop meeting their obligations in a near or far future. This can also inflict a serious damage to maintaining the balance of positions among the developing and developed countries regarding their obligations under the convention because, despite different attitudes taken by the Paris Agreement in dealing with those countries which have been committed to the Kyoto Protocol or not, the developing countries are still hopefully waiting for the cooperation/participation of the developing countries and their acceptance to meet their obligations. However, the present position taken by the United States may shake the determination of developing states, particularly those who are relied on fossil fuels, for meeting their obligations.

Nevertheless, US decision to exit Paris Agreement or any other international agreements, including those related to environment, is nothing new or unprecedented. The unstable/shaky order which is governing the international laws has never succeeded at making other states to obey its rules, in a way that their own national interests will be served too, not even with the help of trans-governmental forces. That is why in some of the legal regimes, especially those related to the international laws for environments, efforts had been made to provide a flexible framework of norms to encourage other states to follow/respect them at least at a minimum level. This will lead to joining of the world states to international obligations and accordingly will redefine their relations if they decide to leave their commitments. At the same time, concepts such as major interests of international community which is a more human version of the same unstable/shaky international order, have related coexistence of governments, individuals and international entities together and have placed over seven billion humans of the earth in a common area/realm called environment.

Based on international estimates, if US leaves the Paris Agreement, this will increase the average temperature of the earth, at worst, only up to 0.3 Celsius by the end of the present century. However, although it seems to be a small figure, it can bring the world to a warning/threatening point. US unilateralism for giving priority to its own economic interests over considerations and interests of the international community and its ignorance towards environmental norms are a source of concern. But what is more concerning is the business made by a “trader” who is selling humans and other living creatures’ common living place, the environment, at a small price without being/staying accountable to the present and future generations.