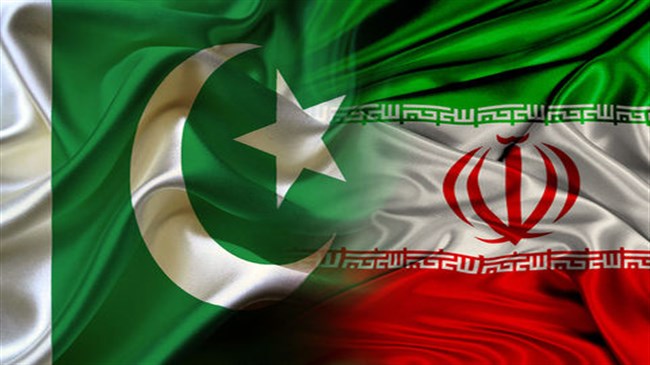 A Cooperative Mechanism for Pak-Iran Ties

HISTORICALLY, Pakistan and Iran share geographical contiguity, religious affinity, culture similarities and civilizational closeness. For centuries, the area now constituting Pakistan remained the hub of the Indo-Persian civilization that produced remarkable works of art, poetry, literature and great intellect. After the creation of Pakistan, the natural affinity and closeness shared by these two neighbours was enhanced further and mutual ties of both flourished to new heights. Traditionally Pakistani frontiers with Iran have always been peaceful, safe and secure. Iran was the first country which recognized Pakistan upon its emergence as an independent country in 1947. Indeed, there have been historical linkages between the people of Pakistan and Iran. Centuries ago Iranian migrants and Islamic preachers left long lasting impression on the people and civilization of Indian Sub-continent.

In the historical perspective, Iran had its security concerns arising from the expansionist designs of former Soviet Union and an uneasy relationship with Arab world, therefore, emergence of a non-Arab Muslim country (Pakistan) in its neighbourhood provided it respite and reinforced its security. Whereas, Pakistan, otherwise agonized over by Indian aggression and hostile Afghanistan, took Iran as its strategic partner and Iranian soil as its strategic depth. Iran, indeed demonstrated this by providing all out assistance to Pakistan during 1965 and 1971 Indo-Pak wars. First Pakistani Premier Mr. Liaquat Ali Khan visited Iran in 1949 and Iranian Shah reciprocated in 1950, as the first foreign head of state. Thereafter both countries maintained their bilateral relationship in an atmosphere of Islamic brotherhood and as good neighbours, with mutual acceptability.

Pakistan along with Iran and Turkey established Regional Cooperation for Development (RCD), an inter-governmental organization for socio-economic development in the member countries in 1964. The organization was renamed as Economic Cooperation Organization (ECO) in 1985 and its membership increased to ten in early 1990s with the integration of Central Asian States, Azerbaijan and Afghanistan. Following the Islamic revolution in Iran in 1979, Pakistan was the first country, which recognized Revolutionary Iranian Government. Besides sending a high-level delegation under Foreign Minister, then President, General Zia ul Haq himself, visited Iran as a good will gesture in 1980 and 1981. During Iran-Iraq war, Pakistan made hectic efforts to negotiate a deal between the two Islamic countries to end the war.

In early 1990s, there developed minor divergences between Iran and Pakistan over the interim setup in Afghanistan upon withdrawal of Soviet Union and later on the issue of the support to Taliban by Pakistan and Northern Alliance by Iran. Besides, the regional and global forces also tried to exploit their bilateral relationship on various pretexts. Nevertheless, Pakistan continued maintaining its brotherly relations with Iran and on a number of occasions, pushed it towards reconciliation and shunning the differences.

Pakistan whole-heartedly supported Iranian viewpoint on the issue of its nuclear programme and maintained that Iran has the right to develop its nuclear programme within the ambit of NPT. The commendable aspects of the Pak-Iran relationship are such that, even during the tense decade of 1990s, there has never been a diplomatic impasse in their bilateral relationship. In order to improve the bilateral relationship, former President General Pervaiz Musharraf visited Iran in December 1999. On that occasion, Iranian President, Mohammad Khatami, declared the relationship between the countries as, “profound and unbreakable, noting the two countries’ common cultural and Islamic foundations. Earlier in May 1998, upon Indian nuclear tests, Iran showed its concern and President Khatami in a statement said that; “We regard your security seriously and understand your position and the position of our brother, Pakistani nation.

In 2016, immediately after the tense relationship between Iran and Kingdom of Saudi Arabia, then Pakistani Prime Minister, Mian Muhammad Nawaz Sharif and Army Chief, General Raheel Sharif visited Tehran and Riyadh.  Pakistani leadership tried to convince Saudi and Iranian leadership that, strained relationship and proxies would not be in the benefit of any of these countries and Muslim World. Their mutual differences would allow the external forces to further exploit them, thus causing instability to the region. In November, 2017 Pakistani Army Chief, General Qamar Javed Bajwa visited Tehran and had an indepth discussion with Iranian Military leadership for the peace and stability of the region. General Bajwa also persuaded Iranian leadership to play a greater role for ‘regional solution to the 16-year-long conflict in Afghanistan.’ It is worth mentioning that, Iran issued statements in favour of Pakistan after Trump accused Islamabad on Afghan issue. To reciprocate the visit of General Bajwa, Chief of Staff of the Iranian Armed Forces Major General Mohammad Hossein Baqeri along with a high powered military delegation visited Pakistan in July 2018.

About Afghanistan, both countries consider that, people of Afghanistan should have right to decide their future as per their own wishes. The Taliban takeover in Afghanistan in August 2021 is being viewed critically both by Tehran and Islamabad. Both are making efforts to provide humanitarian assistance to the people of Afghanistan. On the eve of OIC foreign ministers extra ordinary meeting at Islamabad on December 19, 2021, the Iranian Foreign Minister Mr Hossein Amir Abdollahian had an indepth meeting with Pakistani leadership including the Army Chief Qamar Javed Bajwa. Mr Hossein reiterated cooperation between Tehran and Islamabad on all bilateral issues including the border security, fighting terrorism and export of electricity and gas to Pakistan.

As a way forward, there is need that, academia, think tanks and media of both countries must play a role to bring Iran and Pakistan further closer to each other. Scholars must visit each other’s country more frequently. The existing level of people-to-people contact must be enhanced for the development of confidence among the masses of both brotherly states. The platform of the ECO should be mobilized for the regional interaction, economic harmony, and overall prosperity of the region. Besides, the existing low profiled confidence building measures between Iran and Pakistan needs to be enhanced for a broader collaboration by devising a permanent multi-dimensional cooperative mechanism.

The writer is Professor of Politics and IR at International Islamic University, Islamabad.