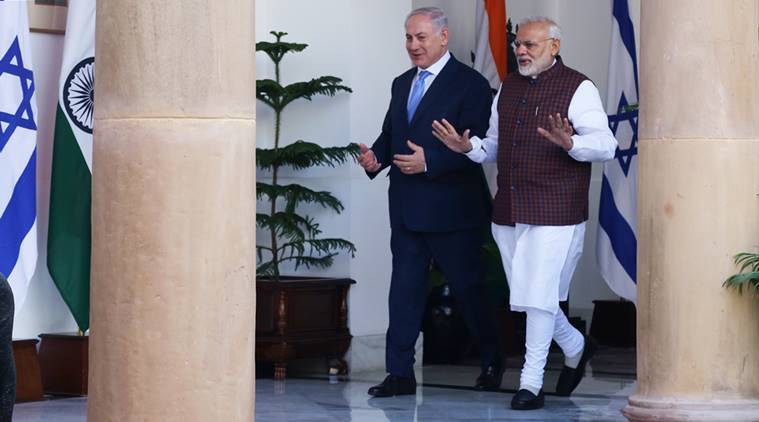 The explosion of a bomb near the embassy of the Zionist regime in New Delhi on 29 January 2020 led to numerous speculations about its perpetrators and their motives. Given that the explosion happened on the 29th anniversary of diplomatic ties between India and the Zionist regime, it was interpreted as an act of terrorism by many, including the Zionist authorities. Previously, on 13 February 2012, the car carrying the spouse of an Israeli diplomat had also been blown up in New Delhi.

Ambassador of the Zionist regime in India, Ron Malka, asserted that the two explosions may be linked. The Zionist occupying force pointed the finger at Iran, but Iran explicitly denied all the allegations while calling the regime’s insinuations a conspiracy. Indian security forces also asserted that none of the speculations were correct and that the Indian government was still investigations the explosion.

As the force of the explosion was minimal and carried out by a small handmade bomb made locally, it indicates that the incident sought to relay a message to the Indian authorities by groups and parties opposing the expansion of ties between this country and the Zionist regime, rather than a complex terrorist act aiming to inflict human and financial losses. The question is what measures has the Indian government adopted in its domestic and foreign policy regarding the Zionist regime which have provoked condemnations by certain civil rights groups and political parties? To answer this question, the background of ties on an official level between the two will be examined, followed by an explanation of facts shaping the domestic divergence.

In 1950, India officially recognized the Zionist regime, but refrained from full-scale relations with it due to its anti-colonial foreign policy, opposition by certain political parties, and Muslim support in India for Palestine. At the end of the Cold War and a change in Indian foreign policy towards a more open economy and expanded relations with the Western world, official diplomatic relations were established between India and the Zionist regime in 1992. However, with a population of over 300 million Muslims, India has caused great discontent among its Muslim community by expanding ties with the Zionist regime.

Although nearly three decades have passed since the start of diplomatic ties between the two countries, it was the coming to power of two right-wing, Hindu governments which accelerated the promotion of ties with the Zionist regime to a strategic level. The Indian Institute for Defence Studies says relations between the two have been on an ascending course since 2002, on a new path to friendship. But the Palestinian issue continues to remain unresolved for India on the global stage. Nevertheless, extensive ties between India and the Zionist regime in 2017, quarter of a century after the establishment of full-scale diplomatic ties, have been transformed into a full strategic partnership under Modi.

With the right-wing, conservative Bharatiya Janata Party led by Modi coming to power, relations with the Zionist regime reached an apogee and Modi was the first Indian prime minister to travel to Tel Aviv in 2018. Of course, other Indian officials had traveled to Israel before, such as the Indian president Pranab Mukherjee who visited the region in late 2015; but given India’s policy towards Palestine and its support for “Palestinian efforts”, coupled with its Muslim population, Indian authorities have always tried to travel to both the Zionist regime and Palestinian territories during their visits. But Modi did not go to the Palestinian territories on his visit.

As India’s right-wing prime minister – by comparison to the leaders of the left-wing Congress Party and the Communist Party of India - Narendra Modi is more interested in friendly ties with the West and the Zionist regime. Exactly a year after Modi’s visit, Benjamin Netanyahu went to New Delhi for an unprecedented 6-day visit accompanied by a 130-strong delegation. Many treaties were signed between the two countries for military, trade, and economic cooperation during the visit. He spoke of Indian-Israeli relations as “a match made in heaven”. Netanyahu reiterated that his trip to India was a sign of relations moving forward between the two countries in many aspects.

The views of certain Zionist researchers, like Abraham Segal and Harry Essrig, can be pointed to in the enthusiasm of the Zionist regime to establish ties with India, who says: For Israel, India is like a large walnut the regime wants to jump and break. The words of the famous Israeli prime minister, Ben-Gurion, are noteworthy in this respect, who says: For us, India is the best platform from which we can conduct our activities against Muslims.

On the other side, an article was published in the Jerusalem Post in 2021, reporting that India is more important than ever in a changing Middle East. Strong ties between India and the Arab states of the Persian Gulf, together with the Zionist regime, can play an important part in setting the future path of the region. The significant Indian manpower, and increasing cooperation with Tel Aviv, provides a real opportunity for the two countries to work together extensively in the Middle East and Asia.

Currently, India is the largest buyer of military equipment from the Zionist regime. In return, the regime is also the second provider of India’s defense equipment after Russia. New Delhi is also Tel Aviv’s tenth largest trading partner. In a report published by the Brookings Institution in 2016 on increased ties between the two countries under Modi’s rule, the increased volume of trade is also mentioned, announcing that the two countries have a close military, security, and communication ties, which are not spoken of extensively by either wise, but it is evident that worries about terrorism is the unifying factor of their mutual concerns.

Among India’s political parties, the Bharatiya Janata has strong anti-Muslim tendencies. During Modi’s tenure in office, his identity and ethnic approaches have been repeatedly witnessed in the country’s domestic issues, against Muslims in particular. For instance, the amendment of the 2019 Citizenship Act, allowing members of the Hindu, Zoroastrian, and Christian faiths from neighboring Pakistan, Bangladesh, and Afghanistan, who had lived in India illegally for many years, to become Indian citizens was placed on the agenda. Eliminating Muslims from the act was met with strong reactions by India’s Muslim community. Also, canceling the autonomy of the mainly Muslim-populated Jammu and Kashmir region, coupled with threats of stripping 1.9 million people residing in Assam, mostly from neighboring Bangladesh, of their citizenship, are among other measures taken by the conservative Indian government over the past two years against its Muslim population.

The sum of these conditions shows that the ethnic policies of the Indian government are not limited to the recent Citizenship Act, but that the right-wing government follows a racist approach in its domestic affairs, in particular towards Muslims, all of which are implicitly supported by the Zionist regime. In a report on India's policy towards the Zionist regime, the Al Jazeera Center for Studies writes that the Bharatiya Janata Party employs Mossad’s methods with the help of its Israeli counterparts to counter what it calls radical Islam or terrorism.

As a result of the party’s policies in escalating religious extremism, many Indian opposition parties, civil society members, leftists, students, Muslims, and so on, protested the measures taken. The Congress Party, representing the groups opposed to the policies of the ruling party, issued a statement against Narendra Modi, saying: As a nation, we must be worried about those forces which are trying to polarize Indian society.

Leader of the Congress Party, Sonia Gandhi, announced in the statement: While we are all united in fighting the coronavirus, the BJP is spreading another virus in society – the virus of prejudice and hatred against other ethnicities. Even though the Congress Party is not opposed to expanded ties with the Zionist regime, it continues its strong opposition to Modi’s anti-Islam policies.

Among India’s influential political parties, the communists have always opposed any strategic and economic ties with the Zionist regime. Recognizing the proper environment for the revival of India-Palestine relations led to the Indian campaign for scientific and cultural boycott of the occupying regime in Jerusalem, which is in fact a local version of the global BDS Movement, supported by the leftists groups in India in favour of Palestinians.

Although Muslim Indians, who are the staunch opponents of expanded ties with the Zionist regime, lack a powerful, organized structure in the country, they have always tried to demonstrate their opposition to relations between India and the Zionist regime in civil movements processes, including the All India Majlis-e-Ittehadul Muslimeen and the Welfare Party of India affiliated to the Jamaat-e-Islami. Among civil movements, the National Students' Union of India is also an opponent of relations between New Delhi and Tel Aviv.

Despite various currents in India opposed to such relations, there seems to be a consensus among the country’s elites for its necessity, in particular in the economic, military, and trade sectors. These relations will continue with greater depth and influence in the future, despite the Bharatiya Party leaving office. But India’s position on Palestine continues to remain under pressure by domestic currents, including its vote at the United Nations opposing the move of its embassy to Jerusalem.

In its international policy, India has tried to take a middle position between the Zionist regime and governments opposing it, and has remained pro-Palestine in the conflict between the two sides. But it has been unable to successfully implement the policy in its pluralistic society. Extensive communications with the Zionist regime, the increasing presence of Jews in India creating many problems in some Indian states, and the anti-Islamic attitudes and incitement of ethnic differences, have created great discontent in the country towards the relationship, which can blur the landscape of a balancing act between the necessity of the strategic relations and the demands of society.