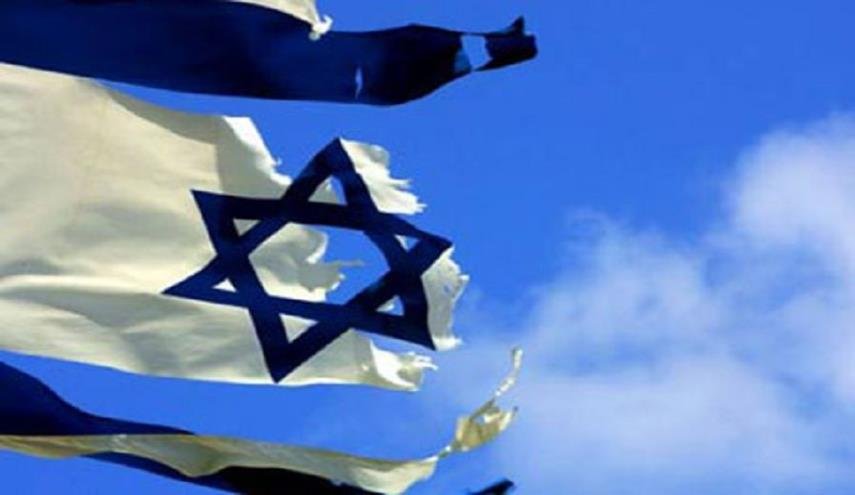 
Historical facts show that the Zionists are present and pervasive at the heart of the American decision-making nucleus and have systematically deceived the Americans and sacrificed their interests for Zionist interests. This is the reason why America's geopolitical weight and prestige over its rivals in the region is declining every day. Doubtless, this will be a wakeup call for the American people and elite one day.

The conflict of the Israeli regime with the Islamic Republic of Iran (IRI) is an indisputable issue. It has carried out many direct and indirect acts of terrorism and sabotage against the country, some of the more significant of which are: 1) Pressurizing the US to withdraw from the Joint Comprehensive Plan of Action (JCPOA) nuclear deal and imposing full-scale sanctions on smart banking, SWIFT, financial exchanges by private banks, and a drugs embargo (preventing the purchase of the COVID vaccine in the first year of the pandemic and the death of over 180 thousand people, the equivalent of the eight-year-long Iran-Iraq war and affecting the health of Iranians); 2) Cyber attacks on gas stations, railroads, customs, ports, and factories manufacturing essential goods; 3) The sabotage of oil, nuclear, and space program infrastructures; 4) Assassinating nuclear scientists and making threats against professors and students producing scientific knowledge; 5) Assassinating top military leaders; 6) Actively pursuing sports sanctions through international organizations; 7) Diplomatic pressures on the international stage; 8) Conspiracy to return Iranian exports; and so on…

In the meantime, according to media reports and expert analysis, uncertainties about military confrontation between the IRI and the Israeli regime have increased in recent months. This has led to crucial political, military, and security arrangements by IRI authorities. Meanwhile, the extent of public support for military and security policies, as well as the popular response in the event of possible Israeli military action, is an important addendum in strengthening the country's deterrent and defense strategies. Of course, history has shown that Iranians have always rallied around in times of hardship, especially against an aggressor country, despite all internal problems and possible dissatisfactions and supported the country and its territorial integrity. Namely, the people of Iran have shown that they are always willing to make sacrifices and give blood. Are the Zionists willing to do the same?

Nevertheless, an estimate of the level of popular support must be made for the reciprocal actions of the IRI in its decision-making circles if faced with possible Israeli adventurism. A nationwide survey was, therefore, conducted accordingly to reach a realistic estimate.

Data was collected with close-ended questions in a questionnaire from a population of 1106 participants using PASS software. Descriptive and inferential statistical methods were used to analyze data. The survey purposefully seeks to provide an estimate of the various dimensions of the topic in the survey, which is the approach and level of support by the people of Iran for its response to Israeli military action. Topics raised included: 1) The extent to which people follow the news related to the conflicts between Israel and the IRI; 2) The extent to which Iranians consider the Israeli regime to be a threat; 3) Popular acceptance of the response to threats by the Israeli regime; 4) Satisfaction with current trends in countering the threats of the Israeli regime; 5) Popular reaction in case of possible military action by the Israeli regime.

The survey demonstrated that 83% of people follow the news on the Israeli regime conflicts with the IRI. Of the 83% following the news, 32% follow it on a regular basis, 56% follow the news based on its importance, and 12% follow it occasionally. Also, 49% of people following the news on Israel believe that the domestic challenges of the Israeli regime affect its political and security instability, and 78% of the 49% believe that these challenges will lead to an implosion in Israel.

On the threat issue, 67% of Iranians consider the Israeli regime to be a threat to Iran. Of the 67% who see Israel as a threat, 56% believe that the threats and terrorist actions of the regime against Iran are against the identity, ideals, and political, cultural, national, and religious values of the Iranian people, and 81% see these measures as paving the way for Iranophobia.

The survey shows that 73% of Iranians consider the Israeli regime's anti-Iranian acts of terrorism and sabotage as an encouragement for imposing further sanctions on the country, thus affecting their livelihoods. Also, 69% of participants in the survey consider any military action by the Israeli regime and reciprocation by the IRI as laying the ground for economic challenges. Of the 69%, 48% consider the challenges as a breeding ground for an economic crisis, while 41% see it as an ordinary challenge which will not lead to an economic crisis.

In the survey, 61% of respondents consider the Israeli regime to be a supporter and instigator of Takfiri groups against the Islamic Republic of Iran and a threat which must be repelled as soon as possible.

Also in the survey, 74% of the respondents do not consider the response of the IRI to the actions of the Israeli regime, such as the assassination of military commanders and scientists, as well as sabotage against the country's nuclear and public infrastructure, to be appropriate.

Of the participants in the survey, 79% were in favour of a military confrontation by the IRI with the military threats and possible destructive terrorist acts of the Israeli regime. Of the 79%, 39% are demanding a stronger response and 31% of the 79% consider the situation as an opportunity to destroy the Israeli regime.

Of the participants in the survey, 73% believe that the IRI has the ability to respond to the threats of the Israeli regime against itself.

In the survey, 63% of the people in the country agree with representing the literature related to the terrorist threats of the Israeli regime against the IRI in school and higher education textbooks. Of the 63%, 53% believe that little work has been done in this respect so far.

The results of the survey indicate that the majority of Iranians, while understanding the threats, will welcome dealing with them if the Israeli regime decides to take risks against the IRI. They even want a tougher approach in this respect. Most people will also respond actively considering their capabilities.

Comparing the results of this survey with the surveys that show a growing hatred of Jews worldwide, it can be said that the crimes and adventures of the regime have not increased the security of the Jews across the world. To the contrary, it has increased their vulnerability. For instance, the Israel Hayom newspaper reports on the image-making of Israel in the global media and writes that, in 2021, the most frequently used words to describe Israel were “apartheid” (704 times), “war crimes” (575 times), and “genocide” (494 times). As such, the survey indicates that the Israeli regime's recent terrorist acts and adventures against the IRI have made confrontation with the regime, and even countermeasures against, it a public demand with people wanting to take an active part in it. On the other hand, tens of thousands of Jews inside Iran are ashamed of the Iranian people for Israel's actions, but the decent people of Iran protect them. The people of the region also sympathize with the Iranian people in the face of Israel's terrorist threats against their country.