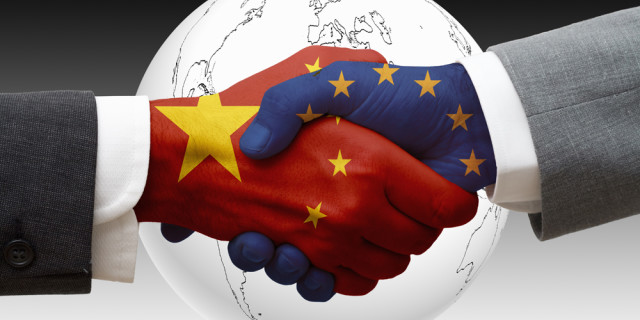 Europe and China relations in the post-Corona period

Also these organizations in their report, have accused the Chinese government of preventing access to accurate information to American scientists and they believed that various speculations about the origin of the coronavirus outbreak have been caused by the same secrecy and lack of cooperation from the Chinese government.

In contrast, the Chinese Ministry of Intelligence Apparently, in a report prepared for the President of this country has been emphasized that anti-Chinese sentiment has reached its highest level in the world since the suppression of Tiananmen Square in 1989.

Apparently in this report Chinese intelligence officials have told President Xi Jinping that due to US actions, the tensions between the two countries are rising sharply and Beijing must prepare for extensive military conflict with the United States.

In the meantime, The European Union in the first reaction to this corona confrontation, initially intended to accuse China of campaigning for "false news" about Corona by preparing a report, and accuse them of deliberately spreading false news and information and misleading the world's public opinion about the coronavirus but by the suggestion of some European officials excerpts from the report accusing China have been removed from the final report.

The main reason for this is the prospect of European relations with China, which has been followed more closely and realistically by Europeans in recent years. On the other hand, at the beginning of the outbreak of the coronavirus in Europe, when national wars had begun to seize the mask, it was the Chinese who, with their high intelligence and political and long-term motives sent their aid to some of the countries involved in Corona in Europe.

Thorsten Benner, Professor of Political Science in Berlin, is believed that these aids from China has damaged the credibility of the European Union. Benner believes the European Union has not been able to effectively help Italy and other countries involved in the Corona crisis and the conception that the Italians have of this, is very sad and embarrassing and many people in Europe speak with hesitation about a common European destiny.

However, Italian Prime Minister Giuseppe Conte believed that Chinese aid had not harmed European values and Italians still consider themselves faithful to these values, but from these comments, can clearly see the Chinese gaps created in the European Union Cup.

Today and after the emergence of fields for controlling the coronavirus and the re-launch of the European markets, European policies are moving more towards realism than the Corona’s conflict between China and the United States.

In this regard, German Defense Minister and German intelligence services of this country, have questioned the accuracy of US officials' claims about the Chinese origin of the new Corona virus and they have evaluated the accusation of the Americans against China as a deviant maneuver. Post-Corona Europe Like the process that has intensified over the past years, it is inevitable to choose. Choice between the United States and China.

Corona will force Europeans to accelerate their choices and act with more realism in the binary game with Chinese and American cards, although the positive outlook for independent European activism not observed and it seems that, as during the Cold War, Europe will once again be divided between the two west and east economic poles.