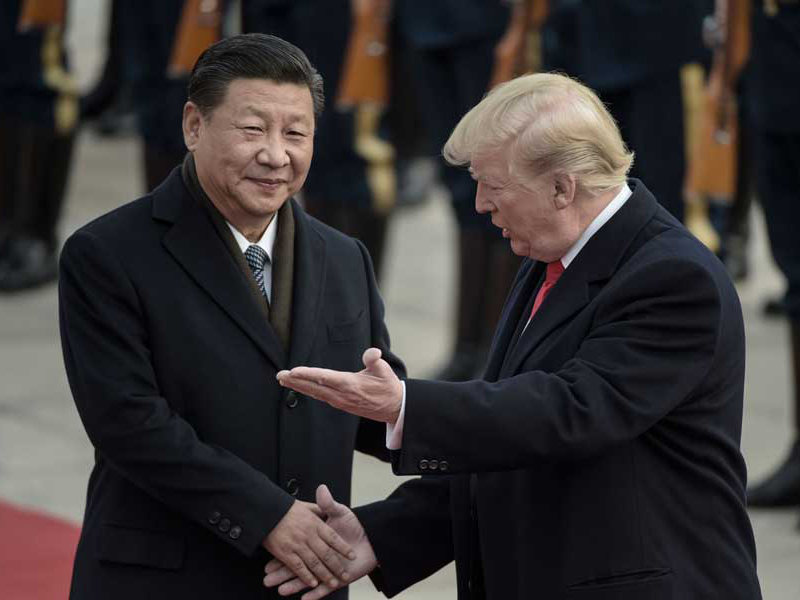 Unilateralism, Multilateralism and the Future of the Global Order

How much is the loss of Western power to dominate global order, as well as the relative loss of power by the US and its exclusion from world leadership, due to the inefficiencies of the existing order? How will this affect the prevalence of unilateralism or multilateralism in the international order?

Given the insignificant literature available on the two concepts of unilateralism and multilateralism, it may not be a bad idea to give an initial definition of these prior to launching into the experiences of recent years and explaining why the concepts were propelled into the epicenter of debates on international relations and international law. Unilateralism refers to a situation in which a country who disregards all the regulations and different aspects of collective and institutional cooperation as accepted norms in global interaction in order to set its goals and advance its strategies and policies to attain such goals on an international level. In multilateralism, however, countries remain committed to accepted rules, regulations, and norms accepted in global interactions and cooperate with each other to create mutual interests and common positions within the framework of international organizations. As a result, organizations such as the UN are often called “Multilateral institutions”, because a large number of countries work together in these institutions according to a set of rules and common principles. In these institutions, unilateral actions and behavior which weaken international norms and values will be punished by the other actors with a range of tools.

Following WWII, multilateralism played a central role in facilitating the spread of global norms, ushering in the existing international order. This order underwent myriad changes due to the multiplicity of global issues, until the agencies and regimes consolidating it turned into part of the mechanism for global governance. In a system with liberal democratic values, these institutions have taken on numerous features and functions in politics, security, environment, health, education, and economy at an international level. Under the circumstances, any damages inflicted on them is tantamount to damaging the process of bringing into this social order states and various identity groups who have accepted these institutions and intend to safeguard and strengthen them. Such damages can change global rules and regulations approved by the forerunners of liberal democracy and provide a platform to examine and discuss an alternative order. This has been clearly witnessed in recent years at various intellectual and academic levels among Western and Eastern thinkers and politicians. This will be examined in this book to a certain level from different angles.

But notwithstanding the duel between Western and non-Western narratives and debates about alternative designs for the global order, the most pressing issues in the world have proved to countries that the collective will must be mustered up to resolve these; issues such as the spread of national and transnational terrorism, pandemics, immigration and asylum-seeking, proliferation of WMDs, global pollution, clean energies, food security, etc. In these conditions, it is not possible to solely depend on national potentials in an effective way to counter such global challenges, because their impact is so widespread that attaining minimum favorable conditions in each one by separate countries without multilateral, institution-oriented measures is not possible. Trumpism and its aligned notions in some countries have, nevertheless, inflicted irreparable harm on this perception. An experience which, within the space of less than four years, propelled the discussion on damages inflicted by unilateralism and the importance of multilateralism into the epicenter of debates on international relations and international law.

Every time there is talk of multilateralism and the resolution of global issues, international institutions are the effective mediating variable. In other words, the obvious statement “The importance of cooperation in today’s world” takes us directly to the significance of international organizations. Multilateral institutions act as agents to construct and maintain existing rules and regulations in the world order with the aim of adjusting and changing the behavior of states in line with international norms. But it is clear to us all that these institutions also suffer from a level of deficiencies next to their positive performance. For instance, multilateral organizations are faced with the task of reviewing and calibrating old norms and defining new norms, mainly due to activities by new actors which have emerged on the scene of international relations, such as transnational terrorists, with extraterritorial impacts and numerous international crises. How these multilateral institutions answer these issues and the type of reaction to crises in the existing order will greatly impact the nature of their role in the emerging global order.

For those who see academic disciplines such as international relations and international law, paradigms, and theories and their concepts as merely frameworks and tools to describe the status quo, the mere prevalence of unilateralism, which is against all desired global norms and practices, will lead to a transformation in the paradigms and concepts of these disciplines. This transformation of paradigms is positive in itself, because it will take each of these academic, conceptual fields of interest to researchers a step further. But to those researchers who, in addition to describing and analyzing world events also expect to see a change for the better stemming from the theories and intellectual contexts of these disciplines, new plans are also needed to restore the social and human condition worldwide alongside projecting ideas and suggestions in accordance with the status quo. From this perspective, the conservatism that the defenders of the existing order and systems of power and knowledge have in mind must not be endorsed with an intellectual silence in the name of being scientific and accepting of the dominant positivist narratives and frameworks in academic studies.

I must emphasize that disciplines such as law and international relations conceptualizing theoretical tools is important in the current context of the world. It is also important to research, conceptualize, and raise the issue of multilateralism. This must be a conceptual priority in the study of “Global International Relations”, because stark realities such as transnational terrorism, WMDs, failed states, environmental pollution, poverty, and universal justice are important issues for all humankind rather than just the populations of a geographical region with a particular understanding of debates, paradigms, theories, and concepts in the field of international relations. Therefore, by focusing efforts on the global will to resolve these issues, the discipline of international relations must be updated and streamlined at the local and international levels. In the current situation, allowing for the concepts of multilateralism, which are somewhat scarce on the agenda of powerful, authoritarian governments, is more important than repeating and highlighting concepts and measures such as intervention in the affairs of other states and adopting unilateral practices. If global international relations as a field of study which is no longer just a Western concept places such conceptualizations on its agenda, it will have an active and practical participation in influencing the future of the global order.