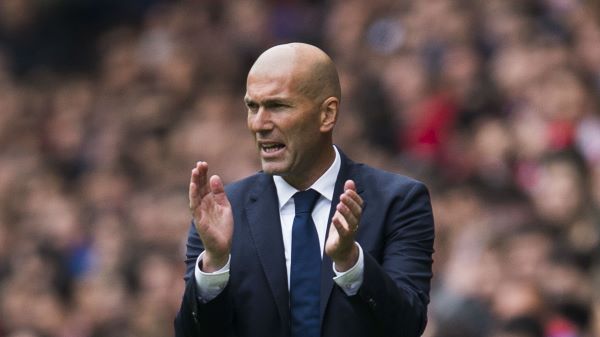 The President of the French Football Federation was Right!

Over the recent weeks, the disparaging remarks of the President of the French Football Federation, Noël Le Graët, against the former legendary player and current coach of the French football team, Zinedine Zidane aka Zizou, and his apology made headlines in many newspapers in France and around the globe. The palaver, which took the President of the French Football Federation to the point of resignation, displayed unfathomable social rifts in France which were swiftly divulged by an 80-year-old man momentarily and then lost in the brouhaha of state propaganda claiming to serve immigrants and their posterity.

French social media showed a strong negative reaction to the remarks made by Le Graët whereby the French people reiterated that Zidane is more important to football, France, and the French than Noël Le Graët. His position as the President of the French Football Federation is contractual and will expire at the end of 2024. Zidane, however, has made history to become a time-honored figure in France without an expiry date. Be that as it may, it raises the question of why a figure like Zidane, who is of non-French descent and holds a high social position in French society, is attacked in this manner – most probably not for the last time?

The answer is that the government and the français de souche (FDS) (French nationals with no immediate foreign ancestry) support the immigration approach whereby migrants are accepted in French society. But in reality, these migrants are only accepted as people to die in wars, be sacrificed in the lower strata of society, and as servants and laborers in hard, menial jobs. This modern-day slavery even has its own brief history. “De souche” is a controversial term with different definitions and lacks a scientific consensus and standards. In historic terms, it was used for the first time by far-right French factions at the beginning of the 19th century. It is a term which is occasionally used in France today despite the discourse on social integration, communitarianism, and multiculturalism.

Whether we believe it or not, the FDS is a living, dynamic entity within French society, having even succeeded to absorb immigrants on many occasions. It is vital to point out again that “de souche” is not anti-immigration, but anti-immigrants. Immigrants are allowed to exist in French society without carrying their cultural symbols, acting as propagators of a foreign culture in France, or reaching a position which in itself would be a symbol of success for the non-French community in France. The keystone of asylum-seeking and immigration from not just a French perspective but the EU as a whole, as Joseph Borrell mentioned in private comments in the not so distant past, is for the immigrants to accept that they have stepped out of the abyss into paradise. In other words, life outside the island of Europe is so savage and barbaric that the one and only acceptable human civilization is that of Europe. The creatures entering the European “garden from this jungle” must be aware that they are not only worth less than European cats and dogs, but even less than a Chanel bag or Luis Vuitton belt.

This far-right attitude towards immigrants is seen in many French authorities. It seems that immigrants are never accepted as being French, even if they are Zidane who is one of the most successful athletes having played under the French flag. This is precisely why we witnessed the recent remarks by Macron who firmly announced he was not going to “ask for forgiveness” for the widespread massacres and colonial activities of French agents in Algeria. Instead, he will try to resolve the misunderstandings between the two countries. It is not clear how the present can be dealt with as French atrocities in the Algerian War are still open to discussion? What happens to those like Zidane and his peers whose fathers became stateless in the anti-humanitarian policies of France, remaining neither here nor there at border crossings?

One hundred years of French colonialism in Algeria and the atrocious 1954-1962 Algerian War of Independence has left deep wounds which have at times been healed by Macron throughout his political career, and at times exacerbated. In 2017, the then-presidential candidate Macron called the French occupation of Algeria a “crime against humanity”. In 2020, after receiving a report by French historian Benjamin Stora, he recommended that more measures must be taken to reconcile the two countries. But at the same time, he turned down any ideas of “repentance” and “apology”. In 2021, in the last confessions by Paris of its colonial crimes, Macron acknowledged for the first time that French soldiers had covertly murdered a prominent figure of the Algerian independence movement. But the French leader concurrently raised the question of whether Algeria existed as a nation prior to colonialization, heightening anger in this former colony.

It must be said that most French authorities believe in the remarks made by the President of the French Football Federation on Algerians, and so he must not resign as all French officials are of the same opinion. The roots of the far-right are inseparable from the de souche in France and Algerian immigrants remain the forced migrants of France’s yesteryear policies. Algeria and France have maintained ties through immigration, working on the independence dispute, and the return of French migrants after the war. All the issues between the two countries affect the lives of over 10 million Algerians who live in France today. As a forgetful world often ignores the singular share of immigrants in economic developments with the overshadowing cliché that immigrants receive more help than they contribute to their country of destination, the last World Cup sealed the fate of this tiresome, threadbare narrative and proved once again that immigration must be celebrated instead of raising fear in host countries.

Whether Le Graët or someone else, Zidane or another immigrant. This is not the last time that social rifts in France, which is a country owing to the efforts of its immigrants, will be revealed. We will continue to witness such conflicts for as long as far-right extremism and its violence exist in the social and political layers of life in France. Conflicts which, in their new metamorphosis, even lead the immigrants in France to self-alienation and seeing their countries of origin as jungles and France and Europe as paradise, thus voting for the far-right to reduce immigration, particularly from the North African Muslim community, and keep “their France” as it is, as the supporter of human rights and freedoms such as choosing the right of residence. This is merely one level of the catastrophe of the human fall of whose dimensions we are unaware for being outside it.